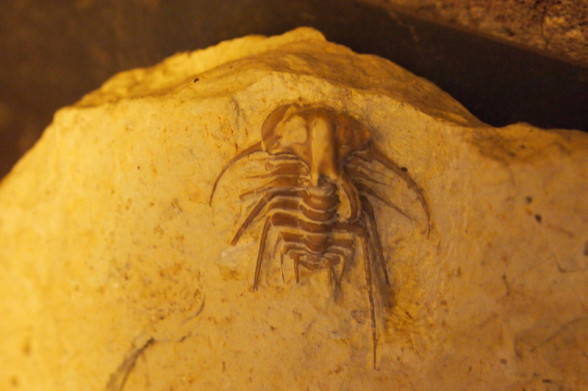 Included are trilobites and echinoderms from the Middle Ordovician Bromide formation and Upper Ordovician Viola formation of Oklahoma, along with trilobites mined from the Upper Silurian Henryhouse formation of Oklahoma. Also shown are trilobites and echinoderms from the lower Middle Ordovician Antelope Valley formation of Nevada. There are also trilobites that were mined from the Upper Ordovician Corryville member of the Maysville Group from around Cincinnati, Ohio along with several Lower Mississippian crinoids from the Crawfordsville area of Indiana that were mined around the same time. That site I found there many years ago off of Indian Creek. The links featured at the top left of this page are links to pages containing many fossils from two of these specific sites.

All photographs were taken with an Olympus digital camera. Photos are arranged in sets of six photos each.

Check out some of the interesting denizens of this locality and also enjoy the gallery of specimens within the virtual museum!

Get Social with Us